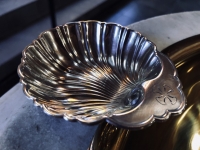 Baptism washes away our sins, but sinners we remain.  So it is, we daily repent.  Daily, we pray, “Forgive us our trespasses, as we forgive those who trespass against us.” When we sin against one another, when we speak harshly or take what is not ours, we do well to go to our brother or sister and ask for forgiveness.  Some sins nag at us, weigh us down, and for those sins especially, we have private confession and absolution.  The pastor, bound to confidentiality, forgives us in the stead and by the  command of our Lord Jesus, and our sins are there and then lifted from us, and we become unburdened, joyful and free.


But there is also a place for communal repentance, which we do as congregations, as church bodies, and even as nations.  Look around you, fellow Americans, and tell me what you see.  What have you grown accustomed to?  For half a century, abortion has been the law of the land, and the lives of some sixty million little ones have been taken, by the most brutal of means.   No doubt, Satan is at work among us.  First he came for the children, but then also for natural marriage, the blessed union of one man and one woman, written into creation.   Divorce and cohabitation are far too common among us, hardly arousing even the blink of an eye.  Same-sex marriage and homosexuality are not only tolerated among us, but now they are even celebrated, promoted with pride and parades.

And yet, we as Christians have been all too silent.  The apostles were told to teach us to observe all things whatsoever our Lord commanded.   Christ warned us that if we are ashamed of Him and His words, so also will He be ashamed of us on the day of judgement.  This is not about moral issues, as if we were breaking some sort of civil code or regulation.  This is about fidelity to the God who created us and to the Lord who as a Bridegroom laid down His life for us.

Now, one may be tempted to say that they are not engaging in unnatural relationship and have loved their children.  But the problem runs deeper, for we shall be judged not only for things done, but for things left undone.  In the face of the lies that swirl around our children, we are called to speak the truth about the value of children, the sanctity of natural marriage, and, yes, now, the truth of male and female.  This world has become a fearful place for Christians.  Now I think of the baker, the photographer, the florist who have come under fire for operating their businesses according to the truth revealed in sacred Scripture. I think of Christian adoption agencies and schools endangered simply for operating under the assumption that children need a mother and a father.   And then I think of all the Christians who have remained silent, who have not come to the defense of their brothers and sisters in Christ.

Make no mistake, our nation is in crisis.  The secular world threatens to overwhelm us, even as we find it more and more difficult to do something so simple as to attend church weekly, with mundane matters like youth sports, or perhaps plain laziness, get in the way.   What can we do in all this?  Simply this.  Repent.  Put on the sack cloth and ashes.  Bend the knee and bow the head.  Sing a song of sorrow over our sin.  Pray that the Lord would have mercy on us, wretched ones that we are.  Pray that He would deliver us from this body of sin, that He would create a new heart in us, so that we might learn to value His words over the siren songs and deceptions of those who opinion we value far too highly.  Pray that forgiven, we might turn away from evil, fight for that which is good, speak the truth in season and out, and at the end, hear the words, “Well done, good and faithful servant.”

The Rev. Dr. Peter Scaer is the chairman and professor of Exegetical Theology and director of the M.A. Program at Concordia Theological Seminary, Fort Wayne, Ind.

“The Supreme Court handed a partial victory to a California church arguing that Gov. Gavin Newsom’s coronavirus restrictions on the number of worshippers allowed at a service violate its religious freedom on Thursday.” Read more here.

Did you know that a record number of pro-life women were elected to the U.S. Senate and House this year? Learn more from Marjorie Dannenfelser, president of the Susan B. Anthony List.

“Let us remember that Christ’s coming into the world began with an unexpected pregnancy. Mary of Nazareth was unmarried and certainly had reason to be confused and afraid when she was asked to carry the Son of God. But she courageously let God’s plan unfold for her and her Child and brought our Savior into this world, despite her uncertain circumstances.” –Right to Life of Michigan