What’s Up on Capitol Hill and the Supreme Court in 2020? 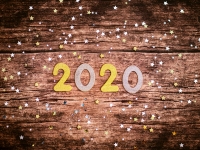 Wondering what will likely be the major policy and personnel decisions, votes, and issues on Capitol Hill and in the Supreme Court in 2020 that will undoubtedly directly impact men and women of faith?

There are four significant areas to keep your proverbial eyes on.

Surely the most important long-lasting of all legislative-branch activities will be the United States Senate’s ongoing, record-shattering nomination votes on federal judges.  In the history of the modern era, there is no president who has had more of his judicial nominees confirmed in such a short period of time than President Trump.  In fact, before the close of the 2019, the Trump/Pence administration realized some 170 of its nominees formally confirmed into office since President Trump came to the White House in early 2017, including two Supreme Court justices, Neil Gorsuch and Brett Kavanaugh.

This has happened in such record time because, under the former leadership of then-Senate Majority Leader Harry Reid (D-NV), there was a push to remove and lower the 60-vote threshold on judicial nominees in order to place onto the bench more of then-President Obama’s judicial choices.  Then-Senate Minority Leader Mitch McConnell (R-KY) warned Reid that if Reid and his colleagues persisted in lowering the historic threshold to a simple majority, and if the GOP were to take control of the Senate in the next election, the GOP would not return to the two-thirds’ benchmark and would retain a 51-vote confirmation margin.

Reid would not back down; the GOP won control of the Senate; and McConnell kept his word, allowing President Trump to nominate and have confirmed to the high bench a jaw-dropping one quarter of all federal judges, many of whom are both young and eager to serve-out their entire careers as federal judges.  The remaking and refashioning of the federal judiciary – from a judiciary dominated by progressive judges to one dominated by originalist/textualist judges -- is the most significant domestic-policy legacy of the President’s, especially because these appointments are for a lifetime.

And there remains another full year of judicial nominees on the Senate’s judicial confirmation docket ahead of the 2020 presidential and legislative elections.  For all the national attention and focus on the presidential primaries, caucuses, and general election in November 2020, the fate/state of who will control the Senate in 2020 and beyond is in many ways almost as important as who will win the Oval office because the catalyst of confirmation is the Senate.  If the Trump/Pence ticket were to win in 2020, there is no reason to doubt that perhaps as many as half of all federal judges would be nominees of this President if he were to serve a total of eight years.

In addition to federal judges, another contentious front on Capitol Hill will be the ongoing, little-noticed battles and skirmishes over whether the 13 major funding bills that comprise the federal budget will continue to contain various taxpayer-dollars going directly or indirectly to pro-abortion activities.  These funds are often buried in otherwise gargantuan bills that few people actually read; yet when the funds are tucked into those bills, and passed by voice vote, it becomes a matter of federal law, and those dollars must flow in a pro-abortion direction.  The most egregious example is surely to be a conflagration in the presidential election year we are heading into:  the government’s nearly half-billion dollar cavalcade of the funding of Planned Parenthood otherwise (rightly) known as “Abortion, Inc.”

There have been more than 60 million abortions since the Supreme Court imposed abortion on all 50 states in 1973, and Planned Parenthood is in a category all its own as the Grand Marshal of the Abortion Absolutist Parade.  One by one, all the Democratic presidential aspirants have bowed-down to the Pro-Abortion Magog or risk losing the nomination all together.  Because Congress cannot cut-off funding for Planned Parenthood without two-thirds of the House and Senate voting to do so, it is likely the monies will continue to flow to the organization that continues to promote and embrace the death of the innocent pre-born in giant numbers.

The third major issue that continues to divide Capitol Hill is the push to pass legislation in various forms that reduces religious liberty and conscience rights that are guaranteed and protected by the U.S. Constitution.  One example of this is the major, ongoing push to pass federal legislation elevating the Civil Rights Act of 1964 on race to be the equal of the LGBTQ political agenda.  This clash would liquidate major religious liberty protections while equating race and sexual orientation for purposes of federal law.  This would be a wholesale loss for people of faith in numerous ways, and especially chilling for those who see no conflict between their faith and its proclamation in every sphere of American life.

Finally, the Supreme Court will decide before June on two major sets of cases:  a pro-life statute from Louisiana and a congeries of religious liberty cases.  The outcome of both will have major ramifications far beyond the actual decisions themselves because of how those outcomes could be used to further expand pro-abortion state-based legislation, or further crack-down on religious liberties currently protected in federal law.  Badly decided cases often lead to further roadblocks down the road.  That’s how important these abortion and conscience cases are in 2020.

Confucius, the Chinese philosopher, is reported to have wished that all of could “live in interesting times.”  The results of what will happen on Capitol Hill, at the White House, and in the Supreme Court in the year ahead will surely prove that dictum to be true.

Timothy Goeglein is the vice president of Government and External Relations for Focus on the Family.

The Supreme Court recently “delivered a blow to those who are pro-choice when they turned down a case that challenged Kentucky's pro-life law, which required doctors to provide ultrasound images and play fetal heartbeats for women who were seeking an abortion.” Read more about this exciting news by clicking here.

Drs Robert George and Ryan Anderson explain why "Phycial Interventions on the bodies of Children to "Affirm" their "Gender Identity' Violate Sound Medical Ethics and Should Be Prohibited." Read the full discourse here.