“Every day in every way, we’re getting better.” This mantra emerged in the first decades of the twentieth century, a hallmark of the optimistic mindset that prevailed in many circles of academia and government. New scientific discoveries and technological innovations seemed to promise a brighter future. However, two world wars, the Great Depression and the Holocaust shattered that positive view of humanity — at least for a time.

Now, with the advent of new biotechnologies, naïve optimism is re-emerging. Will the brave new world of genetic engineering be a utopia? As new technologies emerge, Christians need to be mindful of their implications, and the ideals that lurk behind them.

In 1859, Charles Darwin wrote On the Origin of Species, in which he described his theory of natural selection as the mechanism which drives biological evolution. Not long after that, people began to apply this principle to human society. According to “social Darwinism,” society has natural processes for eliminating its weaker members and promoting those who are more fit or better equipped to survive. This laid the foundation for the eugenics movement.

Nowadays, the word “eugenics” has a largely negative connotation: images of Nazi death camps spring immediately to mind. The word, meaning “good genes” or “good birth,” refers to all guided attempts to control and improve heredity. Many Americans are unaware that the United States has a history with eugenics as well. Popular supporters of eugenics in the Anglo-American world included Helen Keller, Winston Churchill, H.G. Wells and Alexander Graham Bell. The presidents of Harvard and Yale were on board. Funding came from Rockefeller, Carnegie and Kellog. In 1913, Theodore Roosevelt wrote in a letter:

“Society has no business to permit degenerates to reproduce their kind. It is really extraordinary that our people refuse to apply to human beings such elementary knowledge as every successful farmer is obliged to apply to his own stock breeding. Any group of farmers who permitted their best stock not to breed, and let all the increase come from the worst stock, would be treated as fit inmates for an asylum. Yet we fail to understand that such conduct is rational compared to the conduct of a nation which permits unlimited breeding from the worst stocks, physically and morally … We have no business to permit the perpetuation of citizens of the wrong type.”

There were over 60,000 forced sterilizations in the United States between 1905 and 1970. Prisoners, people in institutions and the poor were targeted. The U.S. Supreme Court even upheld the constitutionality of eugenic sterilization laws in 1927. Even though World War II and the Nuremberg trials cast a shadow upon the whole eugenics enterprise, compulsory sterilizations continued in the US up through the 1960s.

In today’s society, there is no support for forced sterilization or segregation. However, with the powerful new ability to edit the genes of organisms (a technology called CRISPR-CAS9) we can alter living things at their most basic level relatively easily and inexpensively. Changes that used to require generations of selective breeding can now be accomplished much more quickly and precisely. Many genetic therapies to cure disease are on the horizon. Observers are quick to point out, however, that if we can alter human genes to cure diseases, we can also do so for so-called enhancement purposes, creating “designer babies.”

Even if these genetic changes never become state-mandated, we should not overlook the social pressures that people will be under to modify their children if this practice ever becomes widespread. Keeping up with the Joneses will take on a whole new texture.

Christians are not anti-science, but they are opposed to using technology in ways that fight against God’s intent for human life. We know that fallen human nature will favor the strong over the weak, the rich over the poor. However, we choose not to evaluate our children according to their physical traits or abilities. Instead, we see their value as God’s children, created by Him, precious to Him and redeemed by Him.

Churches need to become educated about the relationship between science, technology and the historic faith, so that we can be witnesses for life and for Him who is the Way, the Truth and the Life.

The Rev. Professor Scott Stiegemeyer teaches bioethics and theology at Concordia University, Irvine, Calif. This article is reprinted courtesy of The Lutheran Witness and can be found online here.

Need something to listen to while you’re spending more time than usual at home? Pastor Tom Baker talks temporal authority and the two kingdoms on KFUO radio.

Need help making the case for life beginning at the moment of conception? Here are 41 quotes from medical professionals and textbooks to help you do just that.

“Moms embody grace. God gives each of us an immediate friend and automatic defender even before birth. This He does—and so does she—without our earning or deserving it. As much as daughters and sons bring His blessings to their parents, so much also do mothers mediate His mercies to their little ones.” –Rev. Michael W. Salemink, executive director of Lutherans For Life 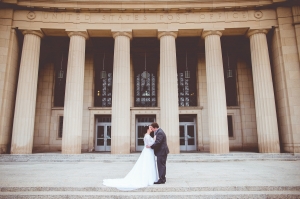 Obergefell v. Hodges (2015) will go down in history as the landmark Supreme Court case which redefined marriage in this country, granting same-sex couples throughout the land the right to marry. Keen observers have noted, however, that nowhere in the opinion of the majority (written by Justice Kennedy) is marriage itself ever actually defined.

Our conference title is long and complex. We could have chosen a shorter, punchier title, like: Adiós Davos. But we have a specific proposition to lay before the house, and before the public. 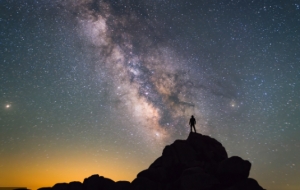 Welcome to “Word from The Center” MONDAY, a devotional word from the Center of our faith, Jesus Christ, with reflections on His Word. I’m Gregory Seltz. Today’s verses are John 11:47-50, where the Bible says,

Then the chief priests and the Pharisees called a meeting of the Sanhedrin. “What are we accomplishing?” they asked. “Here is this man performing many signs.  If we let him go on like this, everyone will believe in him, and then the Romans will come and take away both our temple and our nation.” Then one of them, named Caiaphas, who was high priest that year, spoke up, “You know nothing at all!  You do not realize that it is better for you that one man die for the people than that the whole nation perish.” 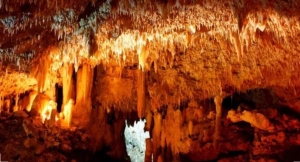 Welcome to “Word from The Center” MONDAY, a devotional word from the Center of our faith, Jesus Christ, with reflections on His Word. I’m Gregory Seltz. Today’s verses are Ephesians 5:8-9, where the Bible says,

For you were once darkness, but now you are light in the Lord. Live as children of light 9 (for the fruit of the light consists in all goodness, righteousness and truth). 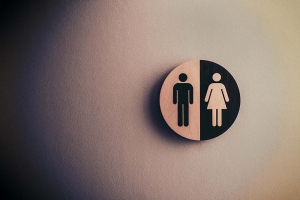 We Speak Volumes by Saying Nothing at All - Friday 20th March, 2020 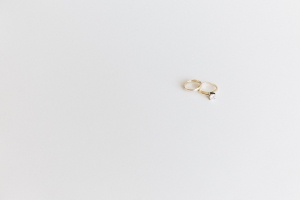 She predicted the fall of Troy. Warned about the Trojan horse. Foretold the death of Agamemnon. Yet no one listened. Poor Cassandra. It’s no fun being a prophet. 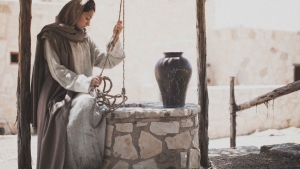 Welcome to “Word from The Center” MONDAY, a devotional word from the Center of our faith, Jesus Christ, with reflections from His Word. I’m Gregory Seltz. Today’s verses are John 4:10-14, where the Bible recounts Jesus’ conversation with a Samaritan woman at a well.

Jesus answered her, “If you knew the gift of God and who it is that asks you for a drink, you would have asked him and he would have given you living water.” “Sir,” the woman said, “you have nothing to draw with and the well is deep. Where can you get this living water?  Are you greater than our father Jacob, who gave us the well and drank from it himself, as did also his sons and his livestock?” Jesus answered, “Everyone who drinks this water will be thirsty again,  but whoever drinks the water I give them will never thirst. Indeed, the water I give them will become in them a spring of water welling up to eternal life.” 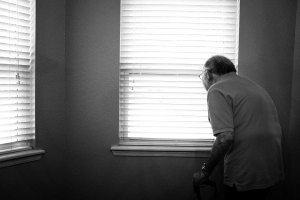