A Blessed Christmas to All of You from the LCRL 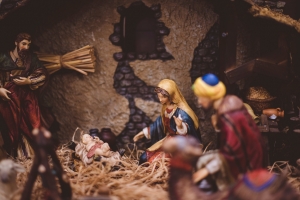 In those days Caesar Augustus issued a decree that a census should be taken of the entire Roman world…And everyone went to their own town to register. So, Joseph also went up from the town of Nazareth in Galilee to Judea, to Bethlehem the town of David, because he belonged to the house and line of David.

The Supreme Court’s Back in Session and Why It Matters 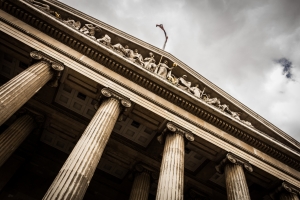 In our Liberty Lectures around the country (For more information or to schedule a Champions for Liberty Weekend at your church or school, call us at 202-868-7291), we’ve talked about the one great threat to our religious liberty in modern America. It has to do with the Supreme Court “getting out of its judicial lane” by legislating rather than merely ruling as to whether a law is or is not constitutional. Alexander said in Federalist 78: 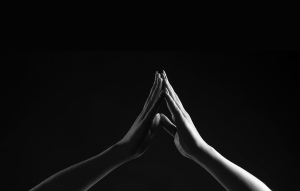 The message of how Almighty God creates, redeems, and calls every human life as His own precious treasure forever has changed untold hearts and saved countless lives. Lutherans For Life has completed a fourth decade of equipping Gospel-motivated voices for life, and the conversation continues to grow, declaring and demonstrating the sanctity of life in more congregations and communities than ever before, including high schools and college campuses. Print resources, digital materials, expert consultations, and ongoing conversations have reached some 200,000 individuals nationwide in 2019. Praise the Lord!
Read more...

Smears and Misinformation: Put Your Critical Thinking Caps On! 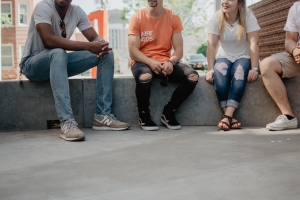 It amazed me this past month to read the descriptions of ISIS terrorist Abu Bakr al-Baghdadi as a “real leader,[1] an austere religious scholar”[2] when he was a brutal terrorist who authorized and participated in the rapes and murders of many people with impunity. 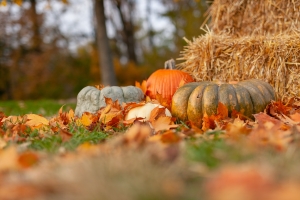 "Thanksgiving worship services, sometimes held at the request of the government through presidential proclamations, seem strange in modern America. Some American Lutherans have wondered if this is appropriate. Our government allows the murder of babies. How can its leaders ask us to pray and give thanks? Others have questioned whether or not the annual request itself is a violation of the separation of Church and State, and still others have suggested that it might be a misunderstanding of the two kingdoms." Read more on the topic from Rev. David Petersen. 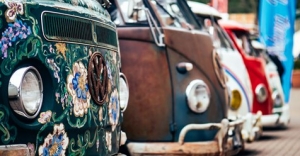 In talking about religious liberty in my travels around the country, I’m often faced with the charge that conservative, Bible-believing Christians may deserve the public attacks presently heaped upon them from politicians and the media because we’ve gotten too political. Many have also been led to believe that the Church’s stance on various moral issues is divisive and intolerant just because we disagree with the present libertinism of the day. After two years in Washington D.C., I can say with confidence that such a charge is unwarranted.
Read more...

Kevin D. Williamson points to two tactics that have become part of our political culture, introducing two words that Americans today need to know: ochlocracy (mob rule, indirect as well as direct) and streitbare Demokratie (“militant democracy,” the notion that maintaining liberalism may require illiberal means). From Crowder Isn’t a Threat to Public Safety: Ochlocracy is an ancient concept that denotes, approximately, “mob rule.” But “mob rule” does not mean only riots and lynchings and other acts of extralegal violence. More commonly, ochlocracy functions through the legitimate organs of the state or through other entities, such as businesses and professional associations. In these cases, the threat of mob violence, or the simple fact of a mob demand, is sufficient to get those with power to act as the mob wishes, to do the mob’s dirty work for it and thereby relieve the rabble of the exertion of a riot. As Edward Gibbon tells the story, the mob need not murder its enemy — not if it can get the state to act on its behalf. See story here. Be Informed It is imperative that we pray for our country, now more than ever. Join us in praying for our authorities, communities, churches and families. Be Equipped How can you as a Lutheran Christian be involved in the world in a winsome, faithful way? Dr. Seltz gives you a crash course in Christian Engagement 101. Be Encouraged O Merciful Father in heaven, from You comes all rule and authority over the nations of the world for the punishment of evildoers and for the praise of those who do good. Graciously regard Your servants, those who make, administer and judge the laws of this nation, and look in mercy upon all the rulers of the earth. Grant that all who receive the sword as Your servants may bear it according to Your command. Enlighten and defend them, and grant them wisdom and understanding, that under their peaceable governance Your people may be guarded and directed in righteousness, quietness and unity. Protect and prolong their lives that we with them may show forth the praise of Your name; through Jesus Christ, our Lord. Amen.

Surrendering Freedom, But Not the Religious Kind

Religious liberty in the United States military is a constant topic of discussion as well as actual legal battles about this issue. There are groups who are aggressively trying to restrict and eliminate religious liberty from our Armed Forces. (For some most recent legal cases and challenges, please visit the First Liberty website.) There are several cases outlined that have serious ramification for The Lutheran Church—Missouri Synod Christians who have served and those who are currently serving in the United States military. Without a doubt America’s military continues to remain a force that places a high value on the role of religion in life. This is not a new phenomenon. Indeed, there exists a robust historical framework for religion and religious expression within the United States military. With that comes the constant battle from those who wish to restrict the free exercise of religion for our chaplains as well as all members of the military. The LCMS has endorsed chaplains to serve in the military since the Civil War, when C. F. W. Walther endorsed Pastor Friedrich Richmann to serve as a chaplain to the Ohio Regiment in 1862. The LCMS continues to send forth pastors to serve as chaplains in the military to ensure our LCMS men and women are able to receive Word and Sacrament ministry while they are selflessly serving our nation. American service members voluntarily surrender many freedoms and liberties when they join the military. However, religious freedom is not one of them. Religion and faith have played integral roles in America’s military since before our founding. Today, service members continue to enjoy broad, robust First Amendment rights. Service members are free to engage in religious expression in a manner consistent with their faith. The authority and discretion of military officials to curb such expression has to meet some requirements. And those who find themselves the victims of First Amendment violations may allege constitutional claims against those responsible. Religious liberty is a right protected by U.S. law. This also applies to our LCMS chaplains and all who serve in our military. Our LCMS chaplains have the constitutional right as well as policy and doctrine protections from the Department of Defense and Congress to conduct religious services, worship, teaching, fellowship, counseling, and ecclesiastical or sacramental functions in accordance with our LCMS doctrine and practice. Our chaplains provide for the religious and moral needs of service members and are able freely to exercise and appropriately express their own faith, and ensure service members are free to do the same, without substantial government burden, except when that burden furthers a compelling government interest and is the least restrictive means of furthering that interest. All have a right to be free from discrimination based on their religious beliefs and also be free from censorship based on others’ objections to their appropriately expressed religious and moral beliefs. The Lutheran Church–Missouri Synod continues to stay engaged and work to protect religious liberty in the military through its Ministry to the Armed Forces and through the work of the Lutheran Center for Religious Liberty. We also work to protect religious liberty for our LCMS pastors who are serving as military chaplains and for our LCMS members who selflessly volunteer to serve in our Armed Forces. Chaplain Craig G. Muehler is director of the Synod’s Ministry to the Armed Forces. Be Informed Should states be able to“oust parents and children from neutral benefit programs because they choose a religious private school”? Learn more about a new Supreme Court case taking up this important issue. Be Equipped Rev. Dr. Greg Seltz, executive director of the Lutheran Center for Religious Liberty, and Congressman John Shimkus, U.S. Representative for Illinois’ 15th congressional district, joined Kip Allen of KFUO to talk about religious liberty and how Lutherans interact with politics in American society. Have a listen! Be Encouraged “Dear Lord Jesus, you are the Great Physician. You know every one of our hairs on our head and number them. You know when a sparrow falls out of the sky. Look with favor upon all Your dear Christians the world over, in every dark and difficult prison, in every torturous situation, in every situation of mental fatigue and anguish and attack by states and other powers and false religions. We pray that You would grant justice and liberty in the world so all peoples may have the freedom of religion, the freedom of conscience. And we pray that You may open doors even through the blood of Your martyrs for the witness so that more and more may believe in You until the Last Day. We plead it for Your sake. Amen.” – Rev. Dr. Matthew C. Harrison, president, The Lutheran Church—Missouri Synod Share this: