The Lutheran Way of Resistance and the American Revolution - September 18, 2020 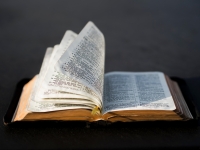 The Lutheran Way of Resistance and the American Revolution

Lutherans are often criticized for submitting to government authority no matter what, which is strange to say of a movement that had its beginnings in a rebellion against the Holy Roman Emperor and the Pope and which was legally established only after the revolution of the Thirty Years War.

But Lutherans do take Romans 13, along with the rest of the Bible, seriously, and there developed a Lutheran theology of resistance to unjust governments formulated in the Magdeburg Confession  of 1550.

John Kleinig sent me a 2001 article by the Baylor Reformation scholar David M. Whitford entitled “John Adams, John Ponet, and a Lutheran Influence on the American Revolution,” in Lutheran Quarterly, 15 (2001): 143-157.  (Not available online except through a library’s ATLAS or EBSCO account.)

Whitford points out that John Adams, who was involved with the drafting of the Declaration of Independence and with promoting the American Revolution arguably more than Jefferson, says that his influence was not Jefferson’s John Locke but John Ponet.  He was a Protestant English bishop who fled the Catholic persecutions of Mary Tudor (a.k.a. “Bloody Mary”) and lived in exile in Strasbourg, then a Lutheran city in present-day France.  Here Ponet interacted with Lutheran divines and became acquainted with the Magdeburg Confession, which served as the basis for his own  Short Treatise on Political Power.

Click here to read the rest of Dr. Veith’s article.

“The Nebraska State Legislature [recently] approved by 33 to 8 the Dismemberment Abortion Ban, a bill that bans a late term abortion practice that involves pulling the arms and legs off of a living unborn baby.” Did you know? Click here to learn more about this landmark case.

When it comes to matters of faith and life in the church, are religious restrictions allowed or do they infringe on religious liberty? The Family Research Council explains.

“More than 61 million unborn children have died as a result of the Supreme Court’s 1973 Roe v. Wade and Doe v. Bolton decisions. However, through the right-to-life movement’s determination to protect mothers and their children, we continue to see evidence that our efforts to educate America about the unborn child’s humanity, and our efforts to enact protective pro-life legislation, are having a tremendous impact in moving our nation away from Roe and Doe’s deadly legacy.” – Carol Tobias, National Right to Life president