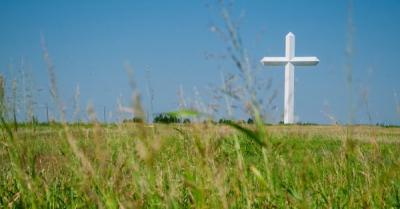 The Peace Cross in Bladensburg, Maryland, is a 40-foot cross erected by local residents and the American Legion as a memorial to Americans who died in World War I. Today it stands on a highway median owned by a state commission. The American Humanist Association filed a lawsuit arguing that the cross’s placement on public land amounts to an unconstitutional establishment of religion. A lower court agreed, suggesting that the monument either be moved or its cross arms cut off (!), so that it would be shaped like an obelisk rather than a Christian cross. (Why wouldn’t that be establishing the religion of ancient Egypt?) But the Supreme Court ruled that the cross can stay. Click here to read more. Be Informed Interested in learning more about the particulars of the Bladensburg Cross case? Read the Supreme Court’s decision by clicking here. Be Equipped When it comes to understanding the value and worth of a pre-born child’s life, things are getting even more dicey. See how court cases involving divorcing parents and their children, frozen as embryos, get at the core of what it means to be human. Be Encouraged “Christ, the Son of God, He of gentleness and humility, wants us near Him, to receive and bear His yoke of perfect righteousness delivered. It’s as trusting and childlike as that. His yoke is easy and His burden is light because, as one of our forefathers in the faith put it: We do not bear grace; grace bears us. Anything we’re doing as the Church, the one Body of Christ in His mission field both near and far, comes with and under that simple premise. We rejoice and give thanks and pray for strength and mutual encouragement under Christ’s yoke, that we would gently place it upon the souls of our fellow weary sinners — wherever in the world we might find them.” – Rev. Kevin Robson, chief mission officer, The Lutheran Church—Missouri Synod Want to discover more about the Lutheran Center for Religious Liberty?