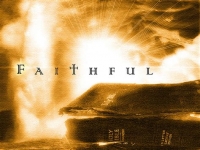 Welcome to “Word from The Center” MONDAY, a devotional word from the Center of our faith, Jesus Christ, with reflections from His Word. I’m Gregory Seltz. Today’s passage is Luke 2:41-50, where the Bible says,

Every year Jesus’ parents went to Jerusalem for the Festival of the Passover. 42 When he was twelve years old, they went up to the festival, according to the custom. 43 After the festival was over, while his parents were returning home, the boy Jesus stayed behind in Jerusalem, but they were unaware of it. 44 Thinking he was in their company, they traveled on for a day. Then they began looking for him among their relatives and friends. 45 When they did not find him, they went back to Jerusalem to look for him. 46 After three days they found him in the temple courts, sitting among the teachers, listening to them and asking them questions…. 47 Everyone who heard him was amazed at his understanding and his answers. 48 When his parents saw him, they were astonished. His mother said to him, “Son, why have you treated us like this? Your father and I have been anxiously searching for you.” 49 “Why were you searching for me?” he asked. “Didn’t you know I had to be in my Father’s house?” 50 But they did not understand what he was saying to them.

Mary and Joseph, though faithful to all that God had told them about Jesus, they still had a hard time processing what it all meant. And who could blame this. There was no one in the world like Jesus. How could this “boy” be more than just their son? How could He be the one who was come to fulfill all of the prophesies of the Old Testament, of God’s answer of salvation for all people? How indeed. Christmas is the proclamation that God became man so that that mankind could be reconciled to God again. Mary and Joseph would be continuously astonished, sometimes shocked, but always “pondering,” wondering what He was all about.

This event at the festival of Passover in Jerusalem was one of those moments when they saw the twelve-year old Jesus give them a glimpse of what was to come. His knowledge of the things of God was way beyond His years. But His relationship to God the Father was already one of intimacy and obedience. Mary’s ponderings would include days like that emotional “annunciation moment” when she would learn that she would bear the Son of God. It would include days like this day in the temple. Later there would be struggles when her son seemed not to acknowledge her uniqueness saying, “My mother and My brothers are these who hear the word of God and do it (Lk. 8:22).” In the end, she would ponder the moment at the foot of the cross seeing her son literally die for the work that He had come to do. If there is a message for today, it’s this…. With a pondering, “treasuring all these things in your heart” spirit, make sure that you get to know this Jesus. Why? because He will not only astonish you, He can save you. And, be careful not to overlook Him because in the world, there’s no one like Him for you.

That challenge reminds me of a story of a certain old recluse who lived deep in the mountains of Colorado, one whose relatives failed to get to know at their peril. When he died, those distant relatives came from the city to collect his valuables. Upon arriving, all they saw was an old shack with an outhouse beside it. Inside the shack, next to the rock fireplace, was an old cooking pot and his mining equipment. A cracked table with a three-legged chair stood guard by a tiny window, and a kerosene lamp served as the centerpiece for the table. In a dark corner of the little room was a dilapidated cot with a threadbare bedroll on it.

They picked up some of the old relics and started to leave. As they were driving away, an old friend of the recluse, on his mule, flagged them down. “Do you mind if I help myself to what’s left in my friend’s cabin?” he asked. “Go right ahead,” they replied. After all, they thought, what inside that shack could be worth anything?

The old friend entered the shack and walked directly over the table. He reached under it and lifted one of the floor boards. He then proceeded to take out all the gold his friend had discovered over the past 53 years – enough to have built a palace. The recluse died with only his good friend knowing his true worth. As the friend looked out of the little window and watched the cloud of dust behind the relative’s car disappear, he said, “They should have got to know him better.”[1]

Mary and Joseph were just beginning to come to grips with the “gold standard” that was Jesus, their son, also, the Son of God, the world’s Savior. We don’t know much about what happened to Joseph, as his storyline drops out quickly in the Gospels. But, the life of Mary follows that of Jesus even when she sees Him hanging on the cross for the sins of the world. Her story is one of tenacious investigation and faithful pondering culminating in an enduring trust in not merely her son, but the Son of God, the savior of the world. Make sure that you look closely at Him through the Scriptures. You’ll not just be astonished, you see the riches of God’s love and grace in Him, just for you.

PRAYER: Dear Lord Jesus, give me an inquisitive mind this year to hunger to know you through your Word. AMEN.