NEWS FROM THE CENTER FRIDAY DIGEST July 9, 2021 - Celebrating our Dependence 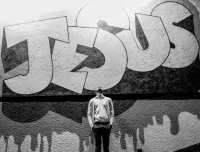 Independence. Freedom. Autonomy. Self-determination. We salute these values as we wish our country another “happy birthday.” And we don’t just celebrate these priorities on a national level; they’re personal, too. Our culture insists that we should strike out on our own, find ourselves, and define who we are. But what if all of this isn’t as great as it sounds?

So while we blow out the candles on dear USA’s cake, we may revel in the fact that we are freer, more independent, and more autonomous than ever, but we should listen past the sparkling crackle of the fireworks to hear the booming truths of our time. We are more medicated for things like depression and anxiety than ever before. Illicit drug use and suicide rates continue to increase. We rack up debt not only as a nation but also as individuals. Our modern muskets are aimed, but the pursuit of happiness continues to feel like a hunt without a kill.

God did not create us for independence or autonomy. He created us to be His people, and this defines us. The freedom He grants is not the same as the world’s “freedom.”

In fact, our God is a triune God, and thus there is a community in the Godhead itself: Father, Son and Holy Spirit. And we are created in God’s image. When God created Adam, He said, “It is not good that the man should be alone; I will make him a helper fit for him” (Gen. 2:18). God created Eve for Adam. He blessed mankind saying, “Be fruitful and multiply, and fill the earth and subdue it” (Gen. 1:28). The first great commission is the opposite of independence — it is to create dependents. It also creates dependence, as family members are designed to rely upon one another.

Reading further, we see that the first humans to make a mad dash for autonomy weren’t actually Americans. They were Adam and Eve, and it didn’t go well for them. The deceiver tempted Eve to crave the wrong kind of freedom, to desire what God had forbidden. Adam sealed the self-defining deal and brought sin into the world. Freshly-fallen Adam and Eve were clothed in fur skins and sent off as colonists to a new world they wouldn’t enjoy much on account of the cursed ground, thorns and thistles, pain and sweat.

This is the freedom found in Christ: restoration to the divine community. The Holy Spirit is sent to guide us through the Son back to the Father. When we are baptized into God’s name (“Father, Son and Holy Spirit”) we are adopted into the heavenly family, along with all of the other saints. No longer independent. No longer self-determining or autonomous. Because of grace, we were then, and remain now, under God. That’s worth celebrating!

Deaconess Rosie Adle is an online instructor for the distance deaconess program of Concordia Theological Seminary in Fort Wayne, Ind. This article was first published on, and is used here with the permission of, The Lutheran Witness blog.

Learn more about “the U.S. Supreme Court’s reasoning regarding the word ‘sex’ in the 1964 Civil Rights Act” with Dr. Robert Gagnon on Issues, Etc.

“We can get so wrapped up in our temporal life that we neglect our citizenship in God’s eternal kingdom.” Learn why from Dr. Gene Edward Veith.

“O Lord, grant justice in Your left-hand kingdom, especially in the governments of this nation and of all the earth. Correct wrong. Punish and thwart evil . . . Grant peace that Your Gospel may flow all the more freely, especially to those most blinded by evil. Remind us, O Lord, of Your own prayer for those who crucified You, ‘Father, forgive them, for they know not what they do’ (Luke 23:24). Let us not be overcome with anger, but overcome hatred with love. Amen.”