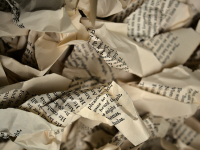 This new trinity is embraced by almost every major institution in our common life.  As a new religion, it often promotes an orthodoxy that cannot be challenged without serious consequences.  Blasphemy against its tenets and taboos can be lethal to anyone caught violating them.  We have seen many examples of heretics being “cancelled” by its fearsome enforcers.

Like many religious movements, the new trinity’s surface aims seem constructive and benign.  Indeed, many people look upon them as helpful movements to advance the causes of minorities in American life.  They see them as extensions of the affirmative action strategies we have used during the last forty years.  This is a “soft” exercise of the new trinity.  But in other instances the new trinity has been weaponized by two ideologies that are intent on driving out crucial anthropological elements of the Judeo-Christian tradition. People are now catching a whiff of the dark side of their more strident applications.

From one direction a crude racialism—informed by critical racial theory—assigns indelible characteristics to racial groups.  White people are defined by “whiteness,” “white privilege,” and “unconscious bias,” black people by hapless victimhood.  (What about the rising number of mixed-race people?  Is Obama white or black, an oppressor or a victim?) The former (whites) are the oppressors and the latter (blacks) are the oppressed.  What better way to set races against each other than by such coarse racialism?

Such an anthropological distortion is anti-Christian and anti-human.  In the Judeo-Christian tradition, humans are both exalted by their creation in the image of God and fallen by their sin.  The only indelible characteristics affixed to all people and their groups are those two: all people need respect for their creation as children of God, on one hand, and repentance and grace for their fallenness, on the other.   Racism denies both and has led to disaster.  We recognize the pain of slavery and its lingering effects in American history.  Though we have come a long way, much yet needs to be done. But the reverse racism in critical racial theory and its destructive distortions, such as the 1619 project, will only lead to more racialism, when we need less.

From another direction comes an illusory claim of radical sexual plasticity—informed by gender ideology—that asserts that there are no biological bases for sexual identity and morality.  Persons define themselves by their inner sense of identity and impose that upon their bodies and their sexual behavior.  Everyone has to agree with their self-definitions and subsequent behaviors.  Indeed, they have to embrace them.  Sexual behavior—guided only by the fuzzy notion of consent—is fully de-regulated.

This anthropological distortion denies the givenness of sexual identity—“In the beginning God made them male and female”—and the wisdom of the sexual morality—sex within a lifelong covenant between a woman and a man oriented toward procreation—that flows from a Judeo-Christian biblical and traditional consensus.  Departure from this consensus is leading to an unraveling of our culture just as serious as that precipitated by the new racialism:  sexual confusion sowed among young children, obsession with sexual identity, a wave of destructive transgenderism, easily accessible pornography, low marriage rates, falling fertility rates, rising instances of cohabitation and illegitimate children, and the ensuing family instability.

For now the new religion has partly silenced and marginalized crucial Judeo-Christian anthropological and moral assumptions in our public life.   We have a confused and polarized culture, exacerbated by the new trinity.  But there is still a strong residue of cultural coherence at the grass roots level.  Racial and gender ideologies do not hold sway everywhere; they tend to be an elite phenomenon.

Rebellions are beginning to emerge among some key American institutions where those ideologies have wreaked havoc.  Religious freedom is still constitutionally protected.  Orthodox religious traditions are yet free to nurture more life-giving anthropological convictions among their people, which lead to more marriage and children.  American history is replete with revival and renewal. Maybe one is around the corner.

President Matthew Harrison explains why the era of comfortable Christianity is over.

“Wokism is not woke. It is deep darkness and spiritual blindness. Jesus Christ is the light of the world.” – Rev. Rolf Preus