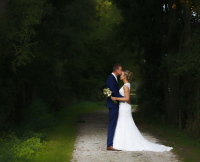 Someone quipped, “The world is moving so fast these days that the one who says it can’t be done is generally interrupted by someone doing it.”

I thought rather cynically about this quote as I listened to the Supreme Court argue over the Defense of Marriage Act (DOMA). Just a decade and a half ago, this legislation was signed into law, defining marriage for federal purposes as the union of one man and one woman.

DOMA came as a safeguard against individual states redefining marriage and forcing the federal government (the whole nation!) to treat same-sex marriage as legitimate.

Two sources tell us what marriage is. First, the Bible tells us that man and woman were created by God as the perfect match, and that marriage is to be a sacred, lifelong union of one man and one woman.

The Bible universally rejects sex outside of this man/woman marriage. Second, we know from so-called natural knowledge, which is part of all human existence, and which has been codified by custom and law through the millennia, that marriage is for one man and one woman.

It is God’s perfectly designed institution for the creation of new human life and for the nurture of civilized individuals. As Luther famously noted in his Large Catechism, “If he won’t obey his parents, he’ll obey the hangman!”

What has come with lightening speed is merely the summation of a long process of the devaluation of marriage in Western culture. In 1970, only one state had no-fault divorce. By 1980, 49 had it.

Coterminously, marriage has increasingly come to be defined as an emotional bond with a significant other rather than a fundamental building block of all society, religion and culture, based upon the fact that a man and a woman choose to enter a solemn life-long contract and bring new life into this world.

The Supreme Court will likely rule on the two cases (DOMA and Proposition 8) in late June. Like Roe v. Wade, which found a (fictional) right to abortion in the U.S. Constitution, the court could rule that the traditional definition of marriage of one man and one woman is unconstitutional.

No matter how the court rules, the fight has just begun. Many in our own fellowship think, What’s the big deal? Isn’t it just about widening the tent of tolerance a bit more? If that were it, it would a major relief. But it’s not.

What’s at stake is our First Amendment right to the free exercise of our religious conviction in the way we act in society. As the same-sex marriage train gains steam, we find ourselves increasingly under attack, our social ministry agencies are forced to either capitulate to the state or lose funding and even licenses.

All opposed to same-sex marriage for conscience grounds are and will increasingly be labeled bigots in line with slave-holders and those who were opposed to ending of legalized racism in this country. And know this: As traditional Christians are driven out of the public square, the door is also closed for the Gospel.

Even as we seek specific ways to care for those challenged by same-sex attraction, we must resist conforming to the culture.

We know whose we are. We know what is in store for us. We know we will be severely tested in these last days, but this testing will abound in faithfulness and praise (1 Peter 1).

The Rev. Dr. Matthew C. Harrison is president of The Lutheran Church—Missouri Synod. This article was first printed in and is reprinted here by the permission of The Lutheran Witness.

Why are Christians needed in the public square? Ross Douthat of The New York Times explains.

What’s a mother’s role in pregnancy? Host or hostess? Answers in Genesis offers an explanation.

“God is love. God is relationship. His eternal love supplies the source of every life. He created humankind in this image, for Himself, for relationship, to be loved and to love.” –Rev. Michael Salemink, Lutherans For Life